Getting ready for the stall next week.
Lucas whipped me up a stand and some bag production has been happening.

come if you can Amanda and I would love a chat. 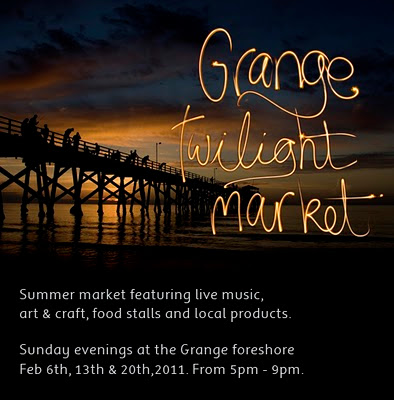 It's Australia Day here in oz
join Tony and I on a walk along the beach
The crew set up their shade early so I expect by now they will be fairly messy.
They went well prepared with volleyball nets and bocce.

We will walk to the Jetty and back

and even some fish.

playing in the sand

many boats on the horizon

nearly at the jetty

turn around and head back

great sandcastles waiting for the tide to wash them away

Morgan
I did leave her with my sensible hat

Lucas before he left this morning hoping he is sensible enough to keep that hat on and not get tooooooo sun burnt.

Hoping everybody had a wonderful day.

Down here in South Australia we have been luck to have not been touched by the floods having said that the water is flowing south and the Hydrologists(a word I have never heard used so much before) say the flood waters are heading for the Murray.
It has been a devastating time and daily we are bombards with vision and sad stories. I have donated to the flood appeal and have sent a small parcel of sewing bit and bobs off but I have been feeling guilty that my life goes on unchanged.
I think the way news is purveyed has a lot to do with it, it is constant hour upon hour day after day.
Which is why I have put off doing this post
it is full of pictures of a wonderful day spent with Lucas while he was on holidays.
My car was due for a service and it would take about 5 hours. Where we have our car serviced is a fair way from home so I usually pack a sewing bag and just sit and wait. As Lucas was on holidays he suggested he would pick me up and take me to Monarto for the day.
He is such a good boy.
Lots of pictures here so leave the tour when ever you want.

who says the weather isn't crazy thick fog on a January morning on the drive there.

you have to love those eye lashes

they are so human there hands, fingers and nails are so like ours

well done if you made it to the end