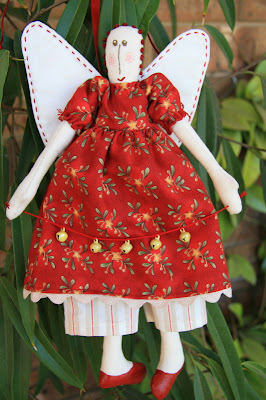 I finished off a Treetop Angel through the week it is a Rosalie Quinlan pattern. She is ever so cute and easy to make, I intend to make another one as a Xmas gift for my boss.

This weekend in South Australia is schoolies week(the end of their final year exams) Lucas and his mates are off to Victor Harbour for the weekend. Tony and I drove Lucas and 2 mates down to Victor Harbour and the others went with another father. Two of the group have a religion exam this afternoon so will travel down after that. This was the boys trying to get all their gear into 2 cars. It was a struggle but they managed it. 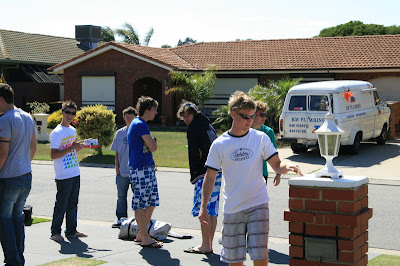 When we arrived in Victor Harbour after a funny trip down as they had to have luggage in the back with them so they were a little cramped. They unpacked the boot . 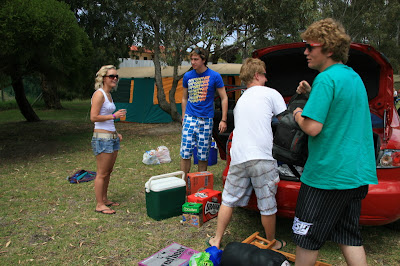 They had a chat to some other boys from school who are on the next site to them. I must say they had a very nice tent. They are on an unpowered site in the caravan park. 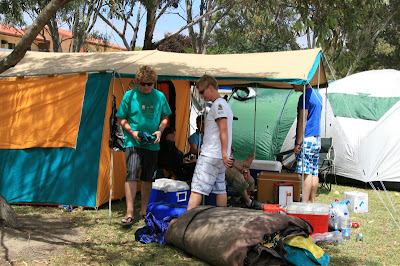 This is how we left them notice how far they had got with putting the tent up. Hopefully they will survive we will drive down and pick them up on Monday. Our weather this weekend is not going to be really hot which is good I had imagined sunburn, dehydrated boys however that may still happen. 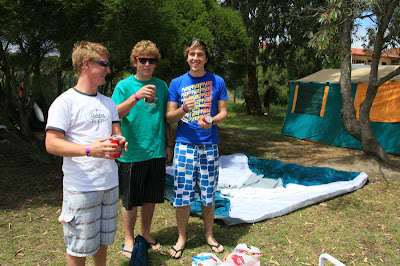 Great angel you made!!Keep up the good work!
You have big guys walking around!

Your angel is so cute! I'm sure the boys will have a great time! When you pick them up on monday, you will find some happy, but extreme tired guys! Happy week-end!

Your angel is really cute!!!!!
I love your works!!!
You have a great family, you look so happy.....God bless you!
Even if you can't understand Italian I'm very honoured when you come and see my blog....maybe one of these days I can write also in english......with many mistakes!!!!!
Have a good week-end
Grazia

Lovely angel Leanne! The boys will have a great time, they will have so much fun, with or without a tent!

Love the angel. She will make a great gift!

The boys look ready for action. :)

Your angel's a cutie, love the bowls from your last post too. It reminds me I want to try crochet rugs with cotton strips.

Your angel is lovely!
Kind regards,

Hi Leanne
I am thoroughly enjoying your blog. I was in Victor Harbour that weekend (visiting from WA), what a lovely spot. Your Christmas angel is beautiful too.
Janelle xx