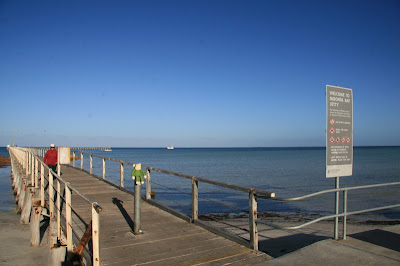 We have had a few days at Moonta Bay where I grew up. Mel came and had some adventures. 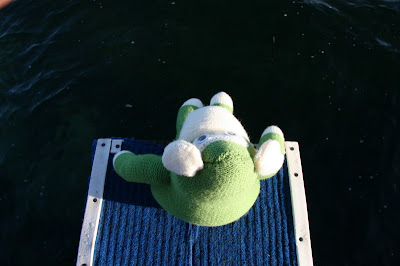 I had to convince him that a Monkee made of knit might not be able to swim very well. He went to the end of the diving board and thought about jumping off. 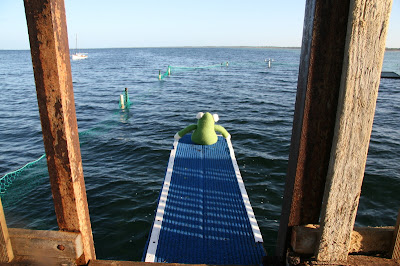 Moonta Bay has a salt water swimming pool it is an area of water netted off along the jetty. 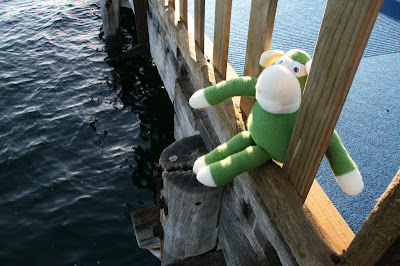 I convinced him to come back off the diving board and just sit and look at the water. 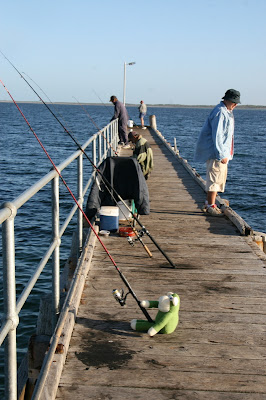 We then ventured further out the jetty. Mel thought he might be able to catch us some tea (it's amazing how obliging men can be when you want to use their fishing rods as props). 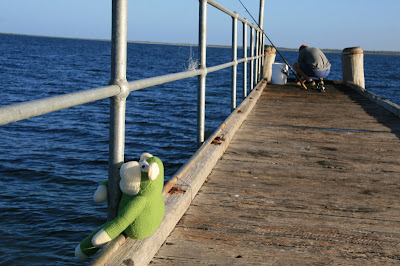 He sat and looked out to sea. 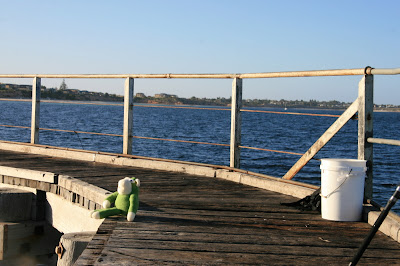 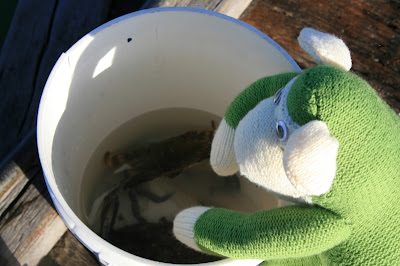 He wanted to touch the crabs but I said that they bite so he just peered into the bucket. 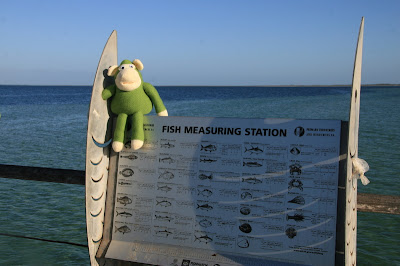 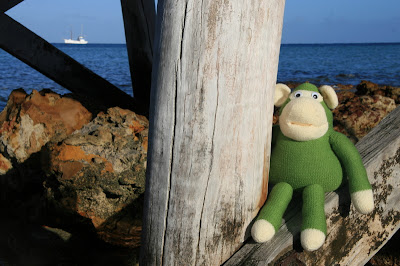 We went down on the rocks 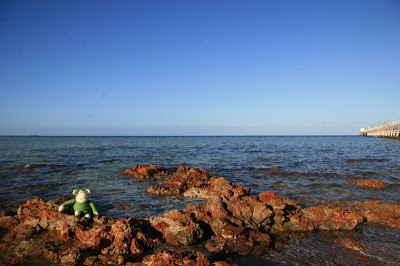 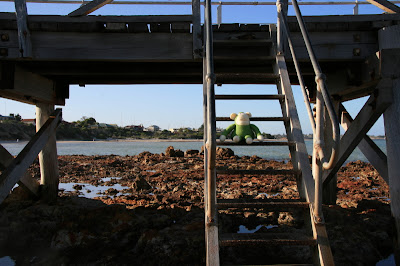 He sat on the stairs 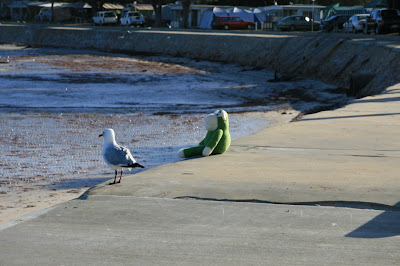 He made friends with the local wild life. 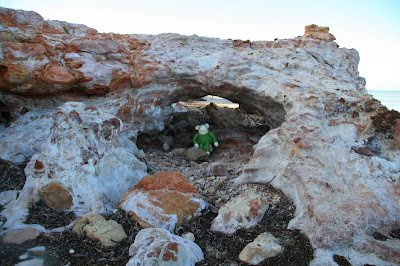 I showed him a little cave I played in as a child. 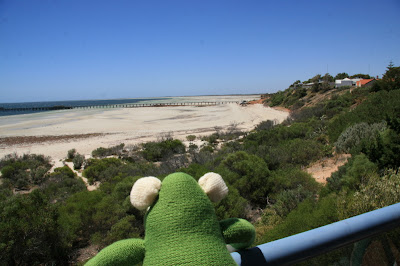 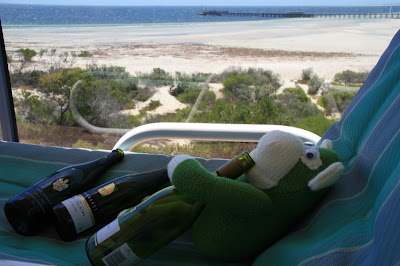 he was having an afternoon drink or 3 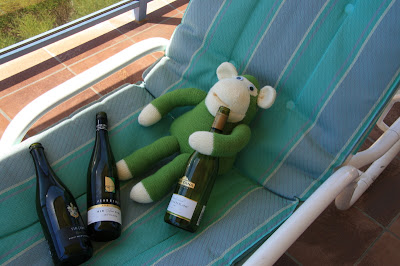 I hope you had as much fun as it seems that Mel has had! And a drink or 3! LOL!!
Thank you for sharing great photos from a beautiful place!

Brilliant Mel photos there - especially the fishing and drinking ones! Very brave (not like that Lesley woman, she hasn't dared take any monkee photos in public yet!!!)

Way to go Mel! What a great holiday...

Mel had a great time at the seashore! You could write a book about him (without the booze chapter of course!).

When I was working, people gave me beanie babies and for a while I would arrange them in some way to reflect the day or the season and make stories up about them. The staff thought it was great!

Great post! Reminds me of when my class would have travel buddies from Australia and I would take them on trips with me. Or Flat Stanleys. I enjoyed the tour of Moonta Bay.

well it sounds like it has been an exciting day for Mel. Did he really drink 3 bottles??

Fabulous shots, Leanne, but you had to do it again, didn't you? Show off that GORGEOUS blue sky and water while we pale Brits are shivering and cycling to work in the rain :(

Please Please PLEASE can I come to be Mel's P.A?? I'm very well behaved and don't eat much (.... both lies, sadly)

Love reading about Mel's adventures. What's he got planned next? My grandmothers family were from Port Pirie - I remember going to Moonta when I was young.

have a great day!

I am really enjoying your The Stitching Room and have nominated it for the Make My Day award on my blog today.

Mel would of had a hell of a hangover after all that shampoo!

I loved the story! Thanks!

Just surfed over here via "De Vliegende Koe", via Lucy's blog...just LOVE that sweet monkey..what great pictures. He sure made my day. I have lots of stuffed animals in my sewing room too. I really should take some fun pictures of them...thanks for the inspiration! I'm bookmarking your blog.