My World Tuesday # 11 In Memory of Nick

On the 16th of December 2004 Nick was taken by a shark off of West Beach, he was with some mates being pulled behind a boat on a surf board just having fun. I didn't know Nick personally but I can remember that day as if it was yesterday it was late in the afternoon and I heard it on the radio on my way home from work, all the news break said was that a teenage boy had been taken by a shark. It made me go cold as Lucas quite often went to the beach for a swim after school. West Beach is about 15 minutes from our house Lucas was at the beach that afternoon but he was at Grange.
Sean was a close friend of Nicks they went to school together, each year there is a surf competition in memory of Nick as he was a keen surfer as is Sean.
It was on Saturday it was cold and windy and the conditions not great however that didn't matter. 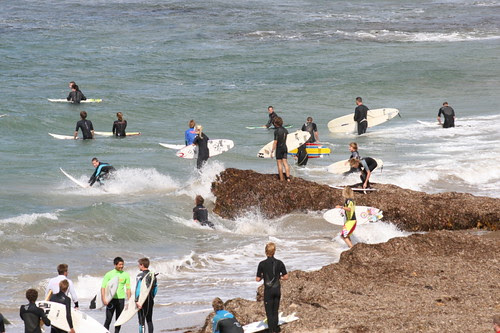 At midday all the competitors paddled out and formed a circle, reflected for awhile then 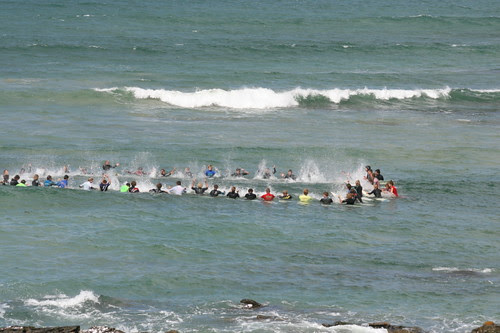 headed off to catch some waves 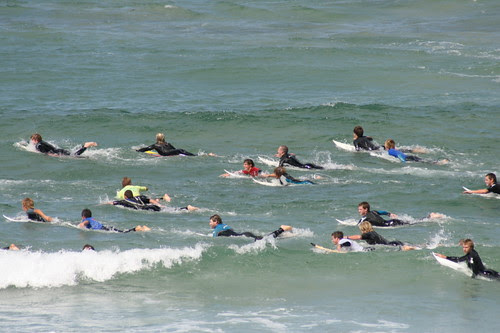 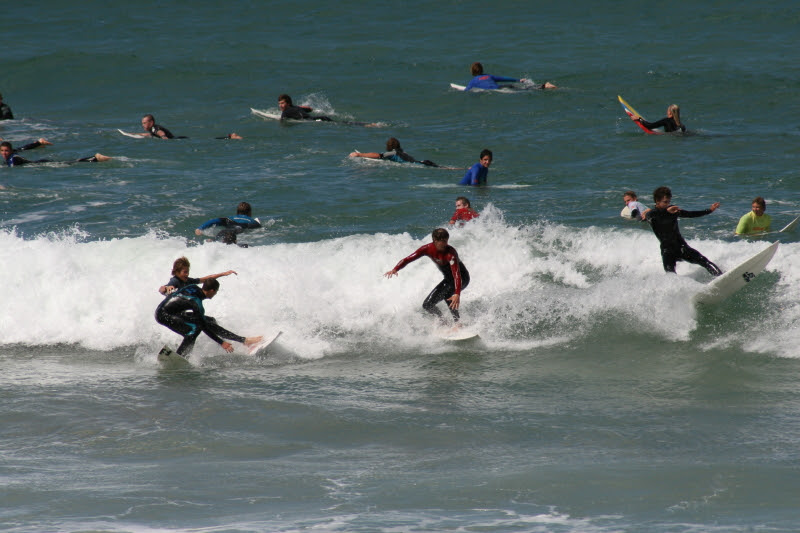 Nicks parents have set up a trust in his name all proceeds made from it go to the surf life saving association which helps keep this in the air. The first prize in the raffle was a flight in the helicopter I was sooooo desperate to win it but sadly I didn't.
The gulls didn't like the helicopter. 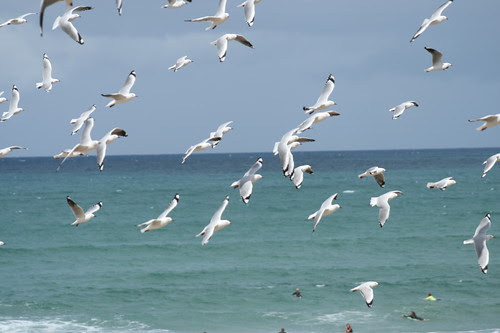 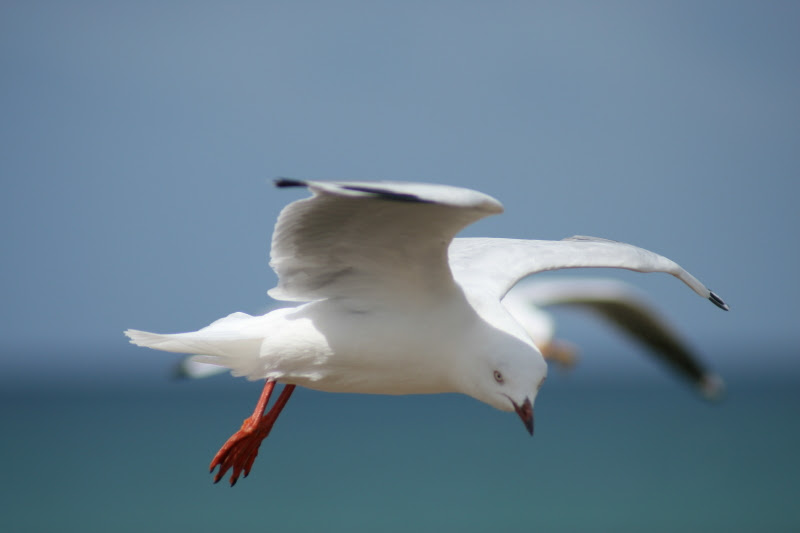 Sadly the conditions were not great here is Sean catching a wave. 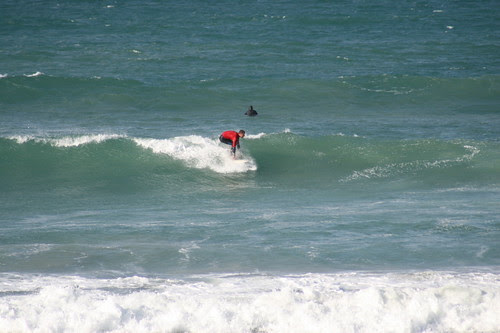 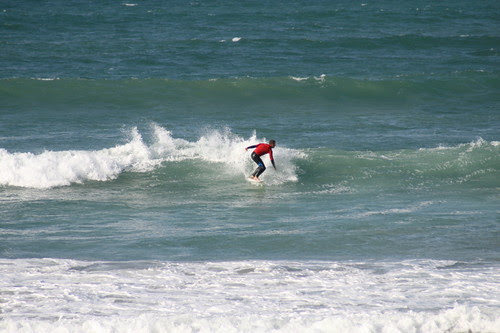 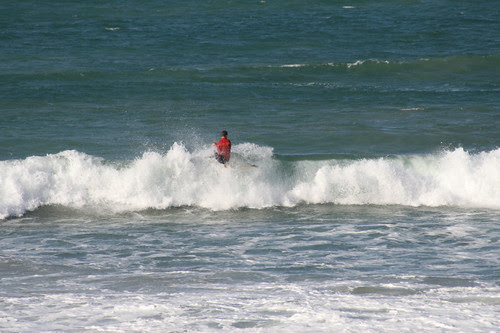 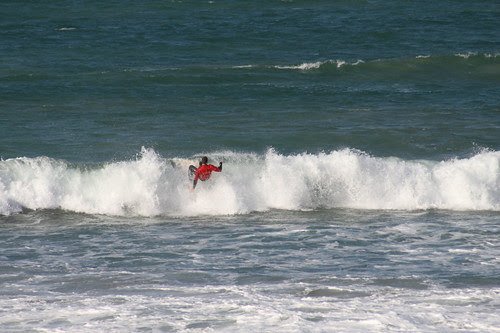 Along with the surfers there were these guys 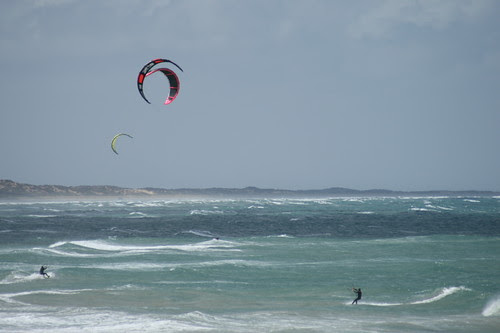 I was amazed at how far they can get out of the water. 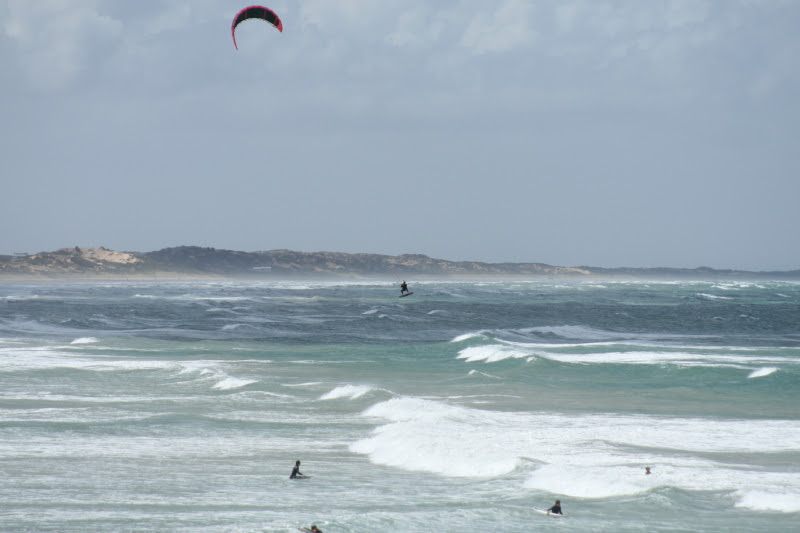 I loved the way this boy got into the water. 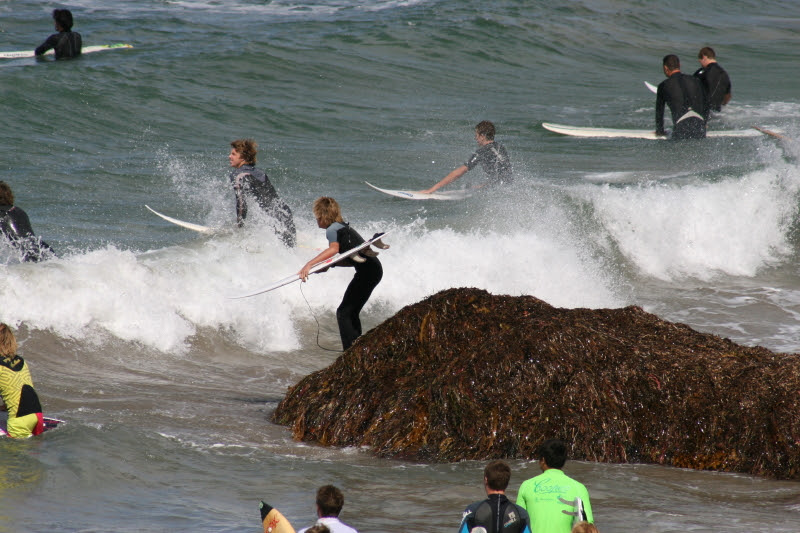 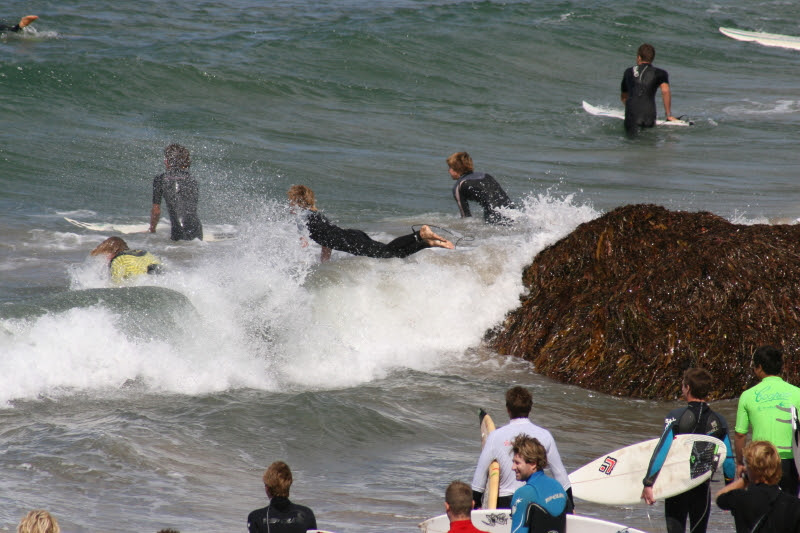 Thanks to the guys at My World for hosting this fun way to travel around the world.

Amazing pictures! Love the one of the bird.