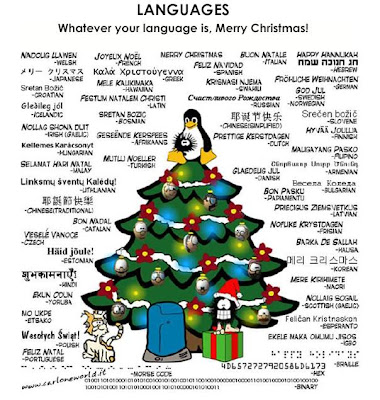 I received a lovely parcel from Anja through the week. We did a bit of a swap I had admired a bag on her blog and now I have one of my own. I was also lucky enough to get some swiss chocolate I have had to hide them from my family until I took a photo and some rather cute Xmas tissues. The parcel was opened by customs and a information sheet put it. The sheet said that customs use detector dogs and X-ray to inspect all mail, it made me think what was in this parcel that would show up and require it to be opened. Sean who works at the airport said drugs are quite often sent disguised as chocolates then I thought what a great job it would be like Xmas every day opening presents and seeing what gets posted around the world. What a laugh they must have when they open some parcels I expect our stitching parcels are rather tame compared to some other post. 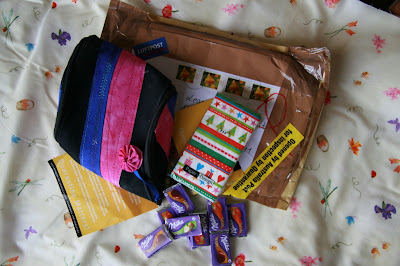 My last parcel to Australia was opened too! When it is send from Europe (especially Holland), they are very suspicious because of drugs indeed! I hope my Pink Ribbon quilt will arrive safely in Australia and that the postmen won’t like to have a sleep tucked in the quilt! LOL

Lovely parcel Leanne! Maybe I should apply for a customs job - I'd have no trouble sniffing out chocolate!!

I agree with Lesley - a job as a chocolate-sniffer-outer would be great but we would have to work separate shifts or we'd end up fighting over the best ones! Lucy x

Yippee!! I love swap parcels!! I have had a number of parcels opened lately - they must be a bit suspicious of me as they just keep opening them and I have no idea why! But very tame as you say and they package my homemade goodies back up and pass them on. Enjoy your swap treats!! mmmm chocolate.